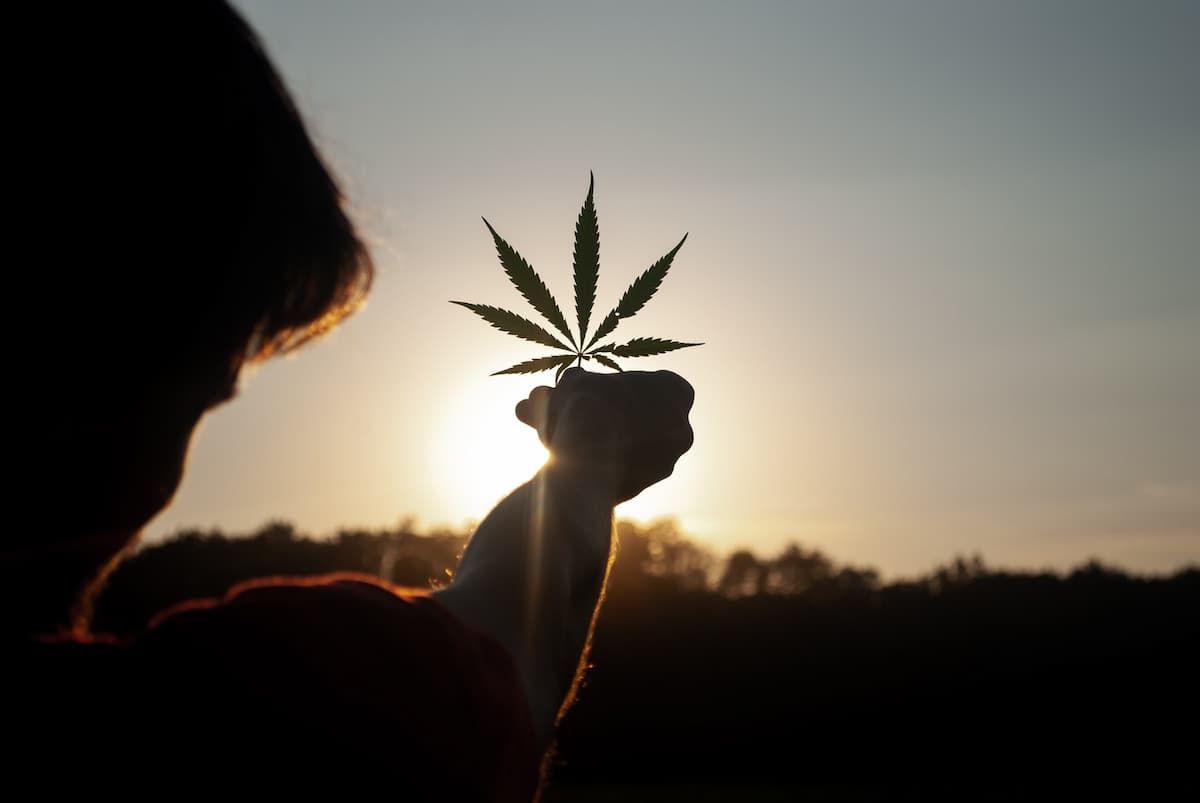 In today’s cannabis health news, learn more about a research published in Pediatrics on Tuesday found that more young children are becoming ill after unintentionally consuming marijuana edibles. Meanwhile, the global cannabis research community is thriving, with an all-time high in the number of peer-reviewed scientific articles published on the topic in 2022. Lastly, the patient and provider involvement in Iowa’s medical marijuana program increased by another year, resulting in sales of over $10 million by 2022’s end.

The study found a 1,375% increase in poison control center calls involving kids under 5 eating THC-containing edibles from 207 in 2017 to 3,054 in 2021. THC is marijuana’s psychotropic component.

About 97% of the kids found the foods at home.

Based on more than 7,000 pediatric cases reported to the National Poison Data System, the findings

A co-author of the study, Dr. Antonia Nemanich, an assistant professor of emergency medicine and toxicology at Rush University Medical Center in Chicago, said the increase was likely caused by more states legalizing recreational marijuana and the coronavirus pandemic, which kept more children at home.

“They don’t know what it is or when to stop,” she said.

According to specialists, eating too much might cause confusion, hallucinations, rapid heart rate, and vomiting in young infants. In severe circumstances, youngsters can coma. The severity mainly varies on children’s size, age, and cannabis consumption.

“It can truly disturb the clinicians treating them,” Nemanich added.

According to the study, nearly 25% of children were hospitalized, 8.1% of whom required critical care. Deaths were unreported.

Wang said the majority of cases at the Colorado hospital have been “very minor,” with children generally reporting tiredness or lack of balance, but he has seen children who needed ventilators or fell into comas. The study didn’t involve Wang.

In Philadelphia, similar observations were made.

Dr. Kevin Osterhoudt, Children’s Hospital of Philadelphia’s poison control center medical director, stated, “I think the pattern that we’re seeing is well-represented by this study.” “Emergency physicians across the country have seen a substantial surge in both young children and teenagers presenting up to emergency departments for THC intoxication.”

Osterhoudt, who wasn’t part in the research, said some producers have increased the THC in their edible goods. That may increase the number of unwell youngsters.

He said a normal consumable can contain 100 milligrams, although even adults start with approximately one-tenth of that. He stated that goods can contain up to 500 mg of THC in some areas, especially those where recreational marijuana is illegal and unregulated.

Wang proposed regulating marijuana advertising to prevent it from appealing to children.

Nemanich advised parents to hide edibles behind closed doors or high on shelves.

She stated, “There’s no reason people can’t appreciate these items.” “Safety is our goal.”

“The safest thing for a parent of small children to do would be not to introduce edible THC products into their homes,” Osterhoudt added.

NORML reported hundreds more cannabis studies in 2022 than in prior years.

The National Library of Medicine/PubMed.gov website was searched by cannabis advocates.

In the past year, more than 4,300 cannabis research were published worldwide, the most ever.

Over 42,500 scientific papers on cannabis or “marijuana” are cited in PubMed, a free biomedical and life sciences literature search engine.

According to NORML, approximately 30,000 peer-reviewed cannabis articles have been published since 2010.

Most recent articles have focused on the plant’s medicinal potential. Since 2000, the number of peer-reviewed medical cannabis papers has surged nine-fold, according to a 2018 study.

Cannabis has been proved to cure a variety of ailments, from chronic pain to anxiety and PTSD, but regulators and medical organizations want more data before approving its widespread use.

“Despite claims by some that marijuana has yet to be subject to adequate scientific scrutiny, scientists’ interest in studying cannabis has increased exponentially in recent years, as has our understanding of the plant, its active constituents, their mechanisms of action, and their effects on both the user and society,” said NORML deputy director Paul Armentano.

“It’s time for politicians and others to stop viewing cannabis through the prism of ‘what we don’t know’ and instead start engaging in evidence-based discussions about marijuana and marijuana reform policies that are representative of everything that we do know.”

The Medical Marijuana and Cannabidiol Research Expansion Act, signed by President Biden at the end of last year, makes it easier for scientists to explore cannabis’ therapeutic potential.

Following the landmark US law, industry leaders urged the UK government to recognize its potential as a “global leader” by making it simpler for companies to invest in research and development.

Canada, Israel, and Australia have funded medical cannabis research and randomised control trials (RCTs), the “gold standard” of scientific proof. The UK is following behind.

These include Sativex and Epidyolex. Jazz Pharmaceuticals, formerly GW Pharma, is one of the few UK businesses licensed to produce high-THC cannabis.

The company recently announced that a feasibility study was completed and submitted to the Research Ethics Committee.

Meanwhile, observational studies like the UK Medical Cannabis Registry and Project Twenty21 are collecting real-world data on thousands of privately prescription cannabis patients in the UK.

By 2022, Iowa’s medicinal marijuana program had sold over $10 million due to patient and provider growth.

In late December, the Iowa Cannabidiol Board revealed new program data and recommended adjustments to state lawmakers for the 2019 Legislative session.

Patients and caregivers certified to acquire medical cannabidiol products under the state program increased in 2022.

The study shows that approximately 32,000 medical cannabidiol cards have been provided to new and renewing patients since the program launched in November 2018.

In 2022, Iowa’s five medical marijuana dispensaries sold approximately $10.2 million, a significant increase from the year before.

For the first time in the program’s existence, sales topped $1 million in August and continued through the year. December 2021 dispensary sales were over $587,000.

Since Iowa introduced medicinal marijuana access four years ago, the program has had record sales.

More physicians are also certifying patients for the California medical marijuana program. As of November, 1,920 practitioners have authorized these products for at least one patient. 300 more health care providers than December 2021.

The Iowa Cannabidiol Board reviewed the ramifications of the increasing growth of patient telemedicine services in 2022. Some board members worried that telemedicine providers were prescribing medical marijuana without proper oversight.

Sarah Ekstrand of the Iowa Department of Health and Human Services, which manages the program, said “many” doctors certify patients via in-person and telehealth consultations.

In December’s report, the board expressed worry about physicians’ patient monitoring when certifying medical cannabidiol products. Members suggested “the reference of the Board of Medicine’s guidelines around standards of practice for telemedicine” to improve telehealth consultation oversight.

In this year’s report, the Iowa Cannabidiol Board recommended exempting medicinal marijuana from Iowa’s sales tax. The paper argues that the measure will “lower the monetary burden of medicinal cannabidiol products on patients” and match typical prescriptions.

Overall, a new study published in Pediatrics on Tuesday found that more young children are becoming ill after unintentionally consuming marijuana edibles. The study found that there was a surge from 207 calls to poison control centers in 2017 to 3,054 calls in 2021 due to children under the age of 5 ingesting edibles containing THC. Tetrahydrocannabinol (THC) is the compound responsible for marijuana’s psychoactive effects. Children located the edibles in their homes in over 100% of the cases. More than 7,000 incidents of poisoning in children were used to draw these conclusions, which were gleaned from the National Poison Data System.

On the other hand, according to data compiled by US advocacy group NORML, in 2022, hundreds more papers were published on cannabis than in prior years. Those who advocate for the medical benefits of cannabis did a search of the PubMed database at the National Library of Medicine. Based on the results, it was determined that over 4,300 cannabis-related research were published worldwide in the last year. This is the biggest number of cannabis-related papers ever published in a single year. Over 42,500 scholarly articles on cannabis (or “marijuana”) are cited in PubMed, a free resource that facilitates the search and retrieval of biomedical and life sciences literature.

Finally, the number of patients and doctors using Iowa’s medicinal marijuana program continued to rise throughout 2018, resulting in over $10 million in sales by the end of 2022. In late December, the Iowa Cannabidiol Board presented a report with fresh information about the program and recommendations for the forthcoming Legislative session.