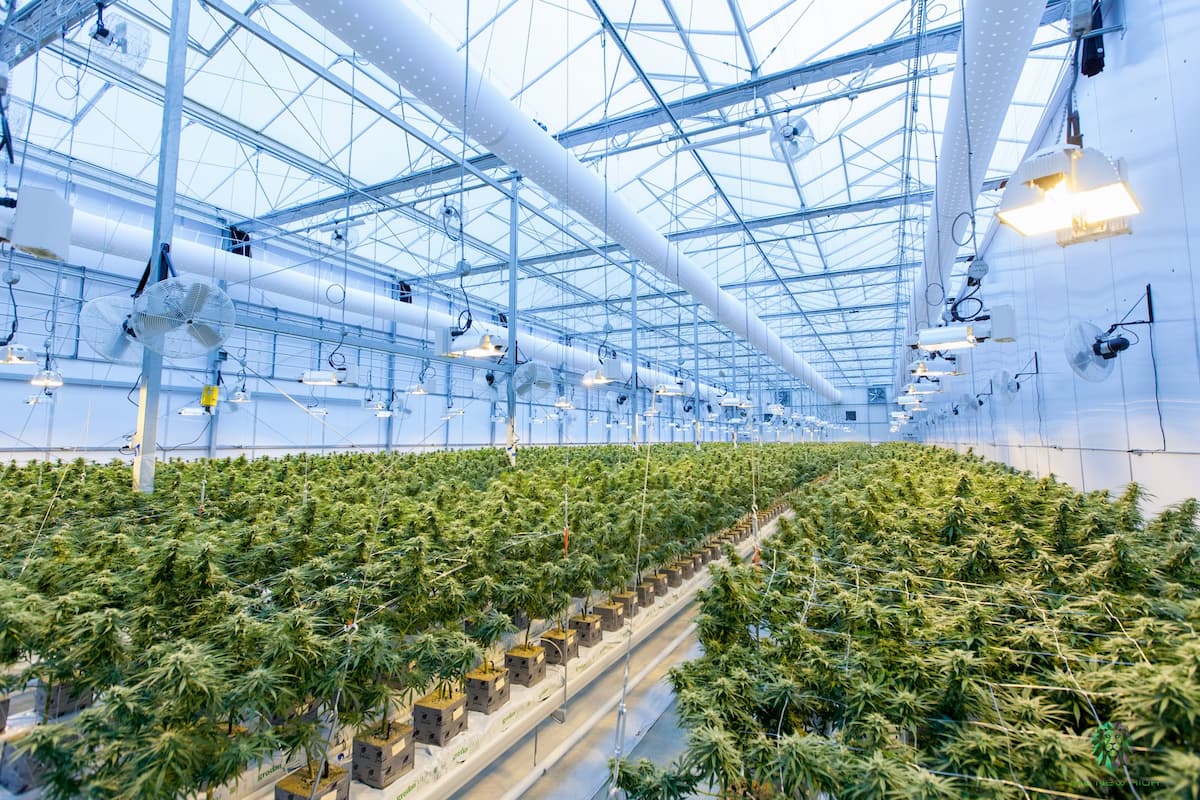 In today’s marijuana health news, learn more about a study from the University of California San Diego School of Medicine that has discovered a dramatic increase in emergency department visits using cannabis among the elderly. Meanwhile, Wisconsin’s Republican leaders have indicated that legalizing medical marijuana may be on their legislative agenda for 2023. Lastly, Dr. Andrew Salner discusses what we know, what we don’t know, and what to keep in mind about lung health and marijuana.

The Journal of the American Geriatrics Society reported a 1,808% relative increase in cannabis-related ER visits among California individuals 65 and older from 2005 to 2019. The Department of Healthcare Access and Information’s trend research showed that cannabis-related emergency department visits increased from 366 in 2005 to 12,167 in 2019.

“Many patients assume they aren’t going to have adverse side effects from cannabis because they often don’t view it as seriously as they would a prescription drug,” said Benjamin Han, MD, MPH, the study’s first author and a geriatrician in UC San Diego School of Medicine’s Division of Geriatrics, Gerontology, and Palliative Care.

I encounter a lot of older folks who are overconfident, stating they know how to handle it, but as they get older, their bodies are more sensitive, and the concentrations are significantly different from what they may have done when they were younger.”

With cannabis legalized for medical and recreational use in many places, older Americans have used it more. California legalized medical and recreational cannabis in 1996 and 2016, respectively. While there is limited evidence that cannabis may assist specific ailments, older persons are increasingly using marijuana to treat a wide range of symptoms and socially, while their perceived risk of regular usage is reducing.

According to the study, older persons who use cannabis may need emergency treatment for a variety of reasons. Cannabis can delay reaction speed, impair attention, raise the risk of psychosis, delirium, and paranoia, exacerbate cardiovascular and pulmonary disorders, and interact with other prescription drugs.

The study’s co-author, Alison Moore, MD, MPH, chief of the Division of Geriatrics, Gerontology, and Palliative Care in the Department of Medicine at UC San Diego School of Medicine, said, “We know from work in alcohol that older adults are more likely to make a change in substance use if they see that it is linked to an undesirable medical symptom or outcome — so linking cannabis use similarly could help with behavioral

“Given all the novel types of cannabis and combinations of THC and CBD, we truly have much to learn about cannabis, and this will impact our understanding of hazards and possible benefits.”

The report suggests routine cannabis education for elderly persons. According to Moore, existing substance use screening questionnaires often include cannabis/marijuana with illegal drugs like cocaine and methamphetamine, which can make patients hesitant to answer.

Moore suggested asking older persons, “Have you used cannabis (commonly known as marijuana) for any reason in the recent 12 months?”

“Providers can next inquire how frequently cannabis is used, for what reason (medical for pain, sleep, or anxiety or recreationally to relax), in what form (smoked, eaten, used topically), and whether they know how much THC and CBD it contains.” After receiving this information, the practitioner can notify the patient of potential dangers.

“Cannabis may alleviate some chronic problems, but it is vital to evaluate that potential benefit with the risk, including ending up in an emergency department,” Han added.

Part of this research was financed by the National Institute on Drug Abuse.

Vos stated, “I favor a sort of medical marijuana that is tightly regulated, so it’s only going to those who have a serious medical issue.”

It’s not the first time Vos or Assembly GOP leaders have indicated limited support for liberalizing Wisconsin’s drug laws. The state’s refusal to legalize medicinal or recreational marijuana has made it a Midwest outlier. Rep. Jim Steineke, R-Kaukauna, then-Majority Leader, predicted medicinal marijuana legalization “at some point” in early 2022.

The Milwaukee Journal Sentinel reported last week that Senate Majority Leader Devin LeMahieu, R-Oostburg, believes the GOP caucus is “near” to passing a medical marijuana law. LeMahieu told the newspaper that Republican support for that bill would depend on strong limits limiting its use to serious medical conditions.

“I would surely sign that law,” Evers said in the interview if the Legislature passed a medical marijuana bill without allowing recreational use.

Public opinion polls shows that marijuana legalization is universally popular, but Democrats and independents support it more than Republicans. Marquette University Law School polled respondents in November and found that two-thirds backed legalization. It was backed by 80 percent of Democrats, 67 percent of independents, and 43 percent of Republicans. The program has also been supported by a wave of referendum votes in key cities.

Colorado became the first state to legalize recreational marijuana in 2012, and 20 other states, including Wisconsin’s neighbors Michigan and Illinois, have followed suit. Medical marijuana is authorized in Minnesota and Iowa.

Vos believes the political consensus does not support recreational marijuana use.

“I think we could certainly try to get some consensus on medical marijuana,” he added. “But I don’t support Wisconsin legalizing recreational marijuana.”

Original Source: Will Recreational Marijuana Cause an Increase in Lung Cancer?

On January 10, Connecticut sold recreational cannabis. If you visit the dispensary, are you risking lung cancer?

He discusses marijuana and lung health.

We’re certain about this.

Because burning marijuana produces many of the same carcinogens as tobacco smoke. Naturally, such substances damage fragile lung tissue.

A 2022 Canadian study found that marijuana smoke damages the lungs as much as cigarettes.

Vaping is fire-free, right? Lung disease is associated with it.

Dr. Salner says vaping doesn’t contain combustion products but does have compounds that travel directly into the lungs, which can create a reaction. “A epidemic of vaping-induced lung injuries in recent years showed that flavors and other substances can damage lung tissue.”

Cannabis smoking can cause lung cancer.

What we suspect but cannot confirm.

Smoking marijuana is not directly linked to lung cancer. Unfortunately, many scientists think it will happen soon due to marijuana’s similarities to tobacco smoke.

Smoking cigarettes can cause lung cancer decades later. Dr. Salner emphasizes that many tobacco users in their teens, 20s, and 30s develop cancer in their 60s. Smoking marijuana may have the same latent period.

Until we receive the results of a 30- or 40-year study, many scientists use tobacco research.

Dr. Salner believes that smoking marijuana promotes lung cancer because it contains the same poisons and carcinogens as tobacco smoke. In fact, one marijuana cigarette may contain as much carcinogen as 10-20 conventional cigarettes.

What about foods, tinctures, and mouthwashes?

Dr. Salner suggests fast-acting oral tinctures or mouth sprays for certifying patients for medicinal marijuana, mainly to treat cancer or related therapy (or tablets or edibles, which take longer to kick in).

He advises against smoking or vaping cannabis. Because they don’t have combustion products or inhaled chemicals, those forms don’t appear to cause lung injury.

You can choose between recreational retail and Connecticut’s medical marijuana industry.

Overall, The study, which was published in the Journal of the American Geriatrics Society on January 9, 2023, found that among Californians 65 and older, the prevalence of emergency room visits using cannabis increased by a relative 1,808% between 2005 and 2019. Researchers analyzed data from the Department of Healthcare Access and Information and discovered that the number of cannabis-related ER visits increased from 366 in 2005 to 12,167 in 2019.

On the other hand, Wisconsin’s Republican leaders have indicated that medicinal marijuana legalization is on their radar for the upcoming legislative session. Assembly Speaker Robin Vos (R-Rochester) expressed support for decriminalizing some possession and use of marijuana on Monday’s edition of Wisconsin Public Radio’s “The Morning Show.” Vos has stated his support for medical marijuana on the proviso that access be strictly limited to those with legitimate medical needs. He also said that the GOP caucus would be “poisoned” if the substance were legalized for recreational use. Wisconsin’s Democratic Governor Tony Evers has advocated for years for the state to legalize marijuana for recreational use.

Finally, Dr. Andrew Salner claims that cannabis smoking is directly linked to an increase in the likelihood of developing lung illness. That it can lead to bronchitis and emphysema is common knowledge. This is because many of the same carcinogens found in tobacco smoke are also present when marijuana is used. There’s little doubt that such substances can cause serious damage to the lungs. A Canadian study from 2022 confirmed that smoking marijuana is just as harmful to one’s lungs as smoking tobacco products.