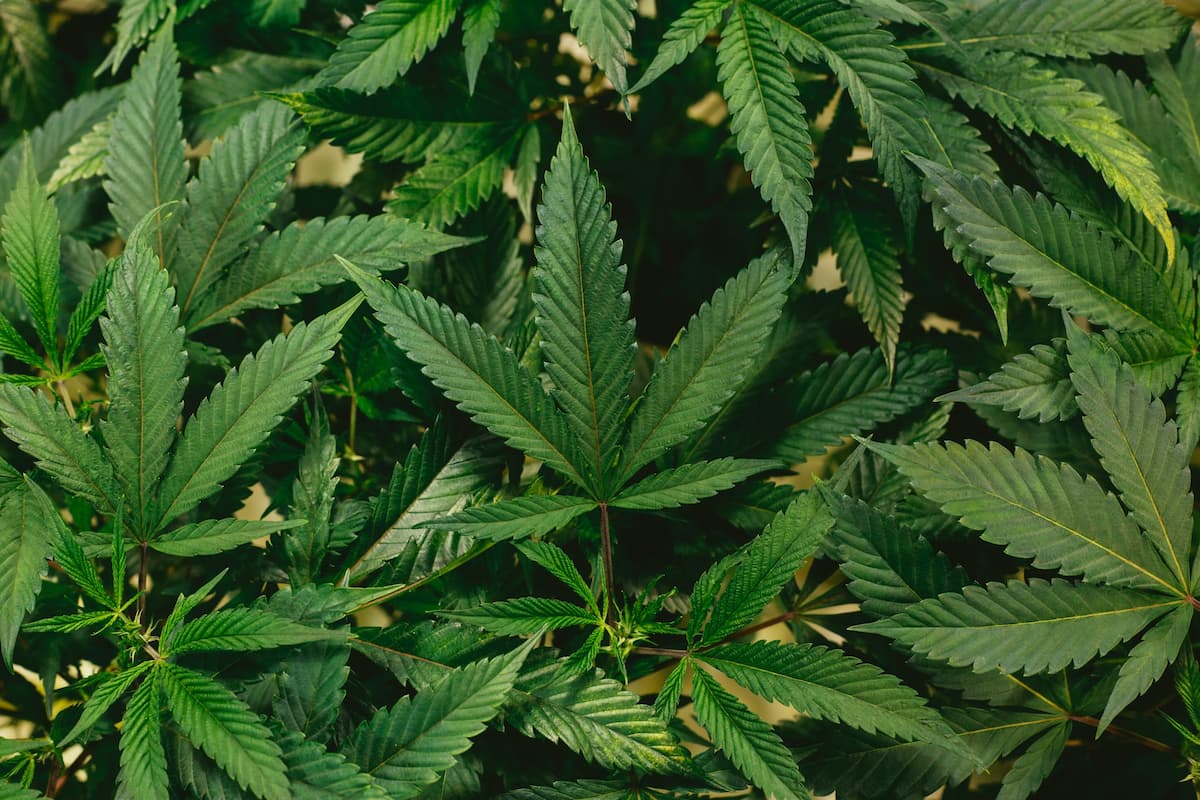 Understand the Latest News About Cannabis May Relieve Pain, More Marijuana Licenses in Florida, and Marijuana Will Be Legal in Minnesota

In today’s CBD health news, learn more about how research indicates that cannabis and placebo offer comparable pain relief, but this may not be the whole story. Meanwhile, State health regulators initiated the process to give up to 22 additional medical-marijuana licenses on Monday, a widely anticipated move that may increase Florida’s medical-cannabis sector. Lastly, the governor of Minnesota anticipates that marijuana will be legalized in the state “by May.”

Original Source: Does cannabis actually relieve pain — or is something else going on?

What was this study about?

Positive media attention on cannabis product pain relief expectations was examined in this meta-analysis of 20 randomized controlled experiments. The investigations involved 1,459 patients, majority of whom had neuropathic or multiple sclerosis pain.

Delta-9-tetrahydrocannabinol (THC) and cannabidiol (CBD), as well as the prescription medicines nabilone (Cesamet), dronabinol (Marinol, Syndros), and nabiximols, were employed in these research (Sativex). Pills, sprays, oils, smoke, and vapors were used to administer the products and placebos. The researchers observed that active therapy and placebo provided comparable pain alleviation.

This well-done study’s findings aren’t surprising, according to Ted J. Kaptchuk, head of the Program in Placebo Studies and The Therapeutic Encounter at Harvard-affiliated Beth Israel Deaconess Medical Center. He claims that most painkillers are no better than a placebo.

Aspirin and ibuprofen research trials show that placebos relieve pain as well as the treatments. That doesn’t mean active drugs don’t affect the body. A placebo’s effects are similar. According to Kaptchuk, they use separate neurological routes.

Kaptchuk explains, “Since the late 1970s, we’ve known that if you give someone a placebo, certain neurotransmitters are released in the brain, and specific areas of the brain are stimulated.” These neurotransmitters include endocannabinoids, which are structurally related to cannabis’ active components. The cause of these compounds’ emission is unknown.

The placebo effect is caused by expectation, as Kaptchuk and colleagues wrote in a 2020 TheBMJ review of placebos in chronic pain.

According to the latest meta-analysis, a lot of good media attention may have raised expectations and explained their results. They discovered that cannabis studies garnered greater media attention than other published studies, regardless of placebo response or therapeutic benefit, in a separate analysis of 136 news articles in traditional media and blogs. Kaptchuk notes that unhyped medications like ibuprofen also produce high placebo responses.

The placebo response can also occur when patients get medical care and attention, which induces conscious and unconscious emotions of well-being. Injections, smoking, and other rituals improve the placebo effect more than taking a pill.

How does this affect you?

How should you interpret these findings if you use cannabis-based painkillers or are considering trying them? Kaptchuk says, “By the rigorous orthodoxy of modern medicine, a doctor would claim cannabis products don’t work—they’re no better than a placebo.”

Clinical trials aren’t real life, thus it’s confusing. Treating chronic pain is notoriously difficult. The more effective a medicine is at alleviating pain, the higher the risk of adverse effects, dependence, and addiction. “If it relieves your discomfort and doesn’t hurt you, use it,” he advises. However, consult your doctor and follow this medical marijuana advise.

The California Department of Health also issued an emergency regulation that will raise the cost of marijuana license renewal from $60,000 to over $1 million.

This year, Gov. Ron DeSantis argued medical-marijuana companies weren’t paying enough to operate in the state, where licenses were sold for more than $50 million.

Under an emergency order, health officials would accept new license applications in “batching cycles.” A separate regulation will set batching cycle windows, although the plan did not specify how many licenses will be available in each cycle.

Sally Kent Peebles, a Jacksonville attorney at the national cannabis-law firm Vicente Sederberg LLP, told The News Service of Florida that health officials were “smart” to incorporate the batching-cycle option in the application regulation.

Peebles added, “It was quite great to include the wording addressing the batching cycle, and I would believe they did that to avoid all this costly litigation that we’ve seen in the past.”

According to Peebles, losing candidates could apply for licenses during another batching cycle, which could affect their legal issues.

Peebles added, “An unsuccessful group would be less inclined and has the wind taken out of the argument’s sails when the Department of Health can say… ‘You have the possibility to reapply.’”

With more than 22 million citizens and an aging population, Florida is one of the nation’s top medical marijuana markets. According to Headset, a cannabis data analytics business, Florida’s 22 licensed operators sold more than $1 billion in medical marijuana in the first six months of 2022.

Daniel Russell, a Dean Mead attorney representing applicants, told The News Service of Florida, “We appreciate the department moving forward on this crucial next step and look forward to completing an application whenever the window opens.”

The state’s medical-marijuana sector was regulated by a 2017 statute that obliged the Department of Health to issue new licenses as allowed patients increased. The state should have awarded at least 22 more licenses to accommodate more than 775,000 patients.

Since 2019, the DeSantis administration has stalled the application process.

Minnesota Governor Says Marijuana Will Be Legal by May

The Minnesota governor expects marijuana legalization “by May.” The House speaker is lowering expectations, saying reform will happen in two years.

Since winning reelection in November, Gov. Tim Walz (D) has been particularly optimistic about legalization. The Democratic-Farmer-Labor party gained a small Senate majority and retained control of the House. He previously called the problem “one of the first topics” to hit his desk in the 2023 session.

“I’d think by May, Minnesota will have gotten this done,” Walz told Semafor’s David Weigel in a Friday interview. Because it was a libertarian issue, I expected it would pass sooner.

He also discussed third-party candidates who ran on a marijuana platform in previous campaigns, which some feel was meant to draw Democratic votes. The governor stated “Republicans abused that” by nominating “stalking horse candidates with that [marijuana] party label.”

It lost us the Senate in 2020 and nearly did this time. We’ll pass, though. Walz remarked, “We’ve been pretty deliberate about this.”

“Early on, we hired Colorado and Vermonters. How would regulation work? Revenue? How would enforcement work? Conviction expungement? We put that in place and tried for four years to get it passed, but Senate Republicans wouldn’t do it.”

He advised voters to shun marijuana party candidates and “vote for the Democrats because they want to get this done.”

Walz is confident that lawmakers will be able to hasten change in the current legislative session, and Democrats have internally agreed to examine the matter soon, but House Speaker Melissa Hortman (D) recently remarked that this “isn’t something I would envision in the near term.”

“It may well happen in the next two years,” the speaker told Fox 9. “But we’ll focus on a number of things early and fast.”

State Sen. Nick Frentz (D), an assistant leader in the new DFL Senate majority, said legalization “will pass this session” but that “there’s an issue of timing.”

Frentz stated, “Our caucus has not discussed this.” “I think some members are hesitant.”

Republicans expect Democrats to act on cannabis legalization in the next session, but how much of an obstacle they will be in the minority is unknown. Cannabis legalization passed the House under Democratic leadership, but the GOP-controlled Senate has stopped it.

“I do know there is a significant desire to see it done by the DFL,” Sen. Zach Duckworth (R) remarked. “They can. I’m surprised they didn’t pursue it.”

Franzen sought to use a legislative procedure earlier this year to circumvent the committee process and bring legalization to the floor, but it failed to get the supermajority support needed.

The MNisReady Coalition wants progress in 2023. In August, the coalition launched a voter education resource to encourage more voters to support cannabis legalization candidates. It appears to have worked.

Two September polls found that most Minnesotans support adult-use marijuana legalization, and one found that even more support the state’s THC-infused edibles law, which was passed earlier this year.

Over the summer, the governor approved a bill that gave state hemp firms permanent protections to sell CBD-infused foods and beverages.

Overall, if you’ve ever considered trying out one of the many forms of medicinal cannabis (marijuana) in the hopes of relieving your chronic pain, you wouldn’t be alone in doing so. Cannabinoids are the key active ingredients in marijuana, and the vast majority of the millions of Americans who use products containing them do so for pain relief. New research published in JAMA Network suggests, however, that a cannabis placebo—a drug created to look, smell, taste, and feel like the genuine thing—provides extremely similar pain relief to a cannabis-based medicine.

On the other hand, The highly awaited process to issue up to 22 additional medical-marijuana licenses was initiated by state health authorities on Monday, potentially doubling the size of Florida’s medical-cannabis sector. The state Department of Health also announced an emergency rule boosting the cost of licensing marijuana businesses from around $60,000 to more than $1 million every two years. In light of this year’s claims by Governor Ron DeSantis that medical-marijuana companies weren’t paying enough to function in the state, the state has increased the renewal costs to more than $50 million.

Finally, Minnesota’s governor has stated that he anticipates marijuana legalization “by May.” The Speaker of the House, however, is trying to manage expectations by saying that reform is more likely to happen within the next two years. Since his reelection in November, when the Democratic-Farmer-Labor party gained a razor-thin majority in the Senate and kept its hold on the House, Governor Tim Walz (D) has been unusually outspoken in favor of legalization. He has already stated that this is a key priority for him, and that he expects it to be “one of the first items” on his desk at the beginning of the 2023 session of the legislature.