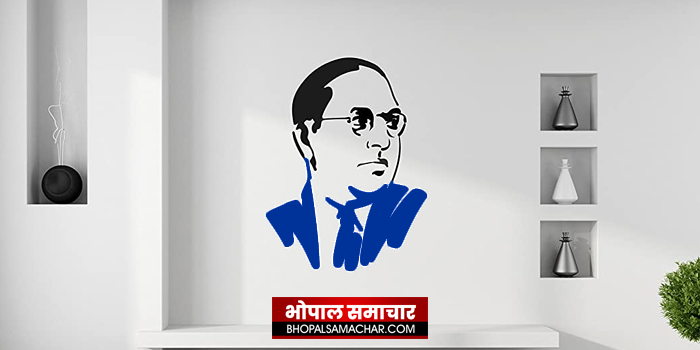 We all know that Dr. Bhimrao Ambedkar preferred to wear blue coat, but can you tell why Dr. Ambedkar used to wear blue colored clothes. Is Saffron Hindu, Green Muslim, White Christian, so Dr. Bhimrao Ambedkar envisaged ‘Neela Dalit’. This argument cannot be accepted because Dr. Ambedkar wanted to see people belonging to scheduled castes and tribes at the same level with other people of the society. Like Mohammad Ali Jinnah, Dr. Ambedkar never campaigned to create a new and different identity of his society. Then was there any other secret behind wearing blue color clothes. Let’s know:

Big question: Dr. Bhimrao Ambedkar was against untouchability or of discrimination

This white color job and blue collar job was not based on caste system. It was based on merit. When Bhimrao Ambedkar returned to India after completing his education, he adopted blue color while holding a high position in India and writing the Constitution of India so that the people wearing blue clothes in India would not have to face discrimination like London. When the constitution maker of India wore blue color clothes, the result was that the professional society of India did not discriminate against blue color like London. The workers here do not have to wear blue uniforms. A silent movement by Dr. Bhimrao Ambedkar ended a new tradition of discrimination in the country before it was born.

Notice: this is the copyright protected post. do not try to copy of this article