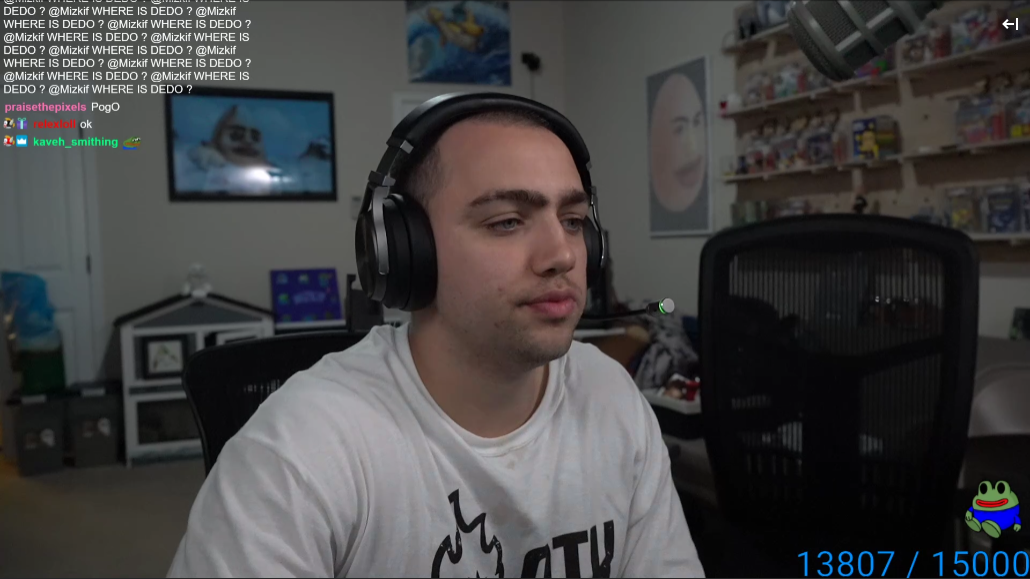 Popular Twitch streamer Mizkif has responded to leaked messages from a former editor of his YouTube channel who claimed the streamer had been mistreating and underpaying him.

Addressing these allegations Mizkif explained that PotatoRecipes had initially approached him asking for a position editing videos for his YouTube channel and offered to do it for free. Mizkif said he felt this was wrong and agreed to compensate him for five percent of the channel’s revenue.

Mizkif continued stating that once in the position Potato required constant guidance as he was not familiar with what he had to do. The streamer said that he and his other editor were trying to help Potato as they had taken him on as an intern for the channel.

After working for the channel 62 days, Mizkif claims Potato got mad at him for not giving him a raise. Potato stated during a recent Livestream that while he had been editing for Mizkif he was told could not work for other streamers or stream himself. Potato continued stating that Mizkif’s other editor was being paid 40 percent. Potato then shared that once he confronted Mizkif about a pay rise he was fired from the position.

Mizkif confirmed his editors pay, sharing that the reason his other editor is compensated so heavily is due to him running the channel. “Yes, my editor was getting 40 percent because he’s the owner of the channel and he was supposed to literally do everything.”

The streamer continued stating that Potato had been getting into arguments with other editors at the channel and after being confronted for more money he decided to let Potato go.

“It just wasn’t working out.”

Reporting on the top news worldwide, and the latest news on the marijuana industry, video games, casino and gaming for over 10 years. Guest writers are welcome to contact us for any contributions or guest post requests for our blog: [email protected]om