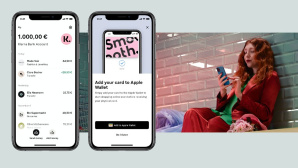 The excitement was great when customers of the Swedish payment service provider Klarna logged into their accounts on May 27, 2021 and found the data of completely strangers there. A faulty update of the Klarna app ensured that accesses were randomly swapped and users were given access to other customers’ accounts. Klarna explained this a few days later in a detailed statement and apologized to its customers. But that may not be enough. Like the news agency Reuters reported, the Swedish financial regulator has now intervened in the case and started the investigation. The suspicion: Klarna may have violated banking secrecy with the data breach.

Detailed studies must show whether this is actually the case. Klarna announced at the beginning of June 2021 that the error was due to human error and that the problem could be resolved within 31 minutes of becoming known. In the course of the incident, no bank and card data could be viewed either. Customers on social networks disagreed with this. There, users reported that they – in addition to the bank details – had access to address data, telephone numbers and payment histories of strangers. So there is probably a need for clarification here.