Despite having a slow start in terms of total players upon launch, Rainbow Six Siege has become one of the biggest esports titles with consistent updates and unique gameplay.

Elite skins can feature different characteristics than an Operator’s general theme and come with headgear, weapon charms, and weapon skins on top of a uniform. What makes these skins truly elite is that they also allow players to do further customizations like Victory Poses, Operator Cards, and Gadget Skins. Though Ubisoft gave away quite a few of Elite Skins back in 2018, the only reliable way of getting an Elite Skin is unlocking one with Rainbow Six Credits.

Here are all the available Elite skins in Rainbow Six Siege. 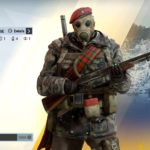 The L Detachment Elite Skin for Sledge does a good job of capturing the operator’s Scottish origin. The hammer featured in the set is a traditional Scottish hammer that’s used in the hammer throwing competition of the Highland Games. 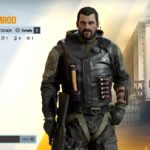 The Operation Nimrod skin of Thatcher was the first skin to reveal the operator’s face. It also has a different vibe from the rest considering there are only a handful of operators that rock a stylish mustache. 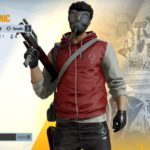 The Sanguine Arsenic skin of Smoke takes the fans of the operator back in time featuring his younger self. The casual style and colors of the skin also separate it from the rest and can be a breath of fresh air for anyone looking to stray away from the strict military tone of Siege. 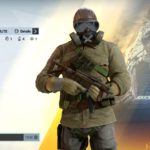 F squadron was a crucial part of the British Royal Air Force during the second World War and the skin does a great job making Mute look like he was straight out of that era. The stylish vintage uniform also comes with worn-out weapon skins, which give the impression of Mute being battle-tested. 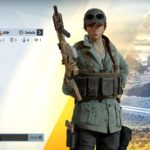 The Sidewinder is likely to be the most common Elite Skin in Siege since the skin was given as compensation to all players back in 2018 after conflicts surrounding the Outbreak Pack. Despite being one of the older skins in the game, the desert-themed colors of the Sidewinder skin still keep up with the times in terms of fashion. 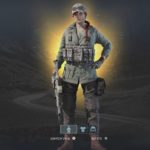 Black Viper looks a lot like the Sidewinder Elite Skin. The main visible difference between the two is Black Viper’s lighter camo tones, which can be enough to make a decision upon. 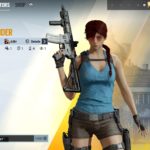 There were always players in the Siege community thinking that Ash looked like a military version of Lara Croft from Tomb Raider. Fans wondered if Ubisoft would ever release a Tomb Raider-themed skin for her but considering the developer doesn’t usually stray too far away from Siege when it comes to cosmetics, the community kept their expectations low. Those expectations were justified, however, since Ubisoft released an actual Tomb Raider skin for Ash which looks nothing short of amazing. 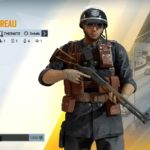 The Vintage Bureau Elite Skin for Thermite features the operator in a timeless FBI uniform. This old-school uniform is a nice throwback 20th century and it also comes with a fitting gadget skin to Thermite’s personality. 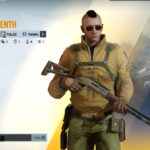 Mute isn’t the only operator with a cool World War II skin. The Lucky Seventh comes with a uniform that was first used by the seventh Armored Division of the U.S. Army. Pulse also got a hair redo with a mohawk and it makes him look even more badass than his default skin. 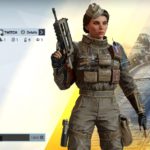 Ubisoft’s passion for releasing historically accurate skins is something to admire. The Maquis skin features Twitch as a member of the French resistance during the second World War. 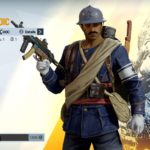 Continuing on with the French theme, the Trench Medic features our favorite medic in a uniform from World War I. He also comes with a slick-looking mustache which can be considered as a signature of the 1910s. 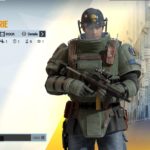 Though it may be hard to tell the difference between this and Rook’s default skin, if you only think of his armor when you look at him, Gendarmerie features a real-life GIGN uniform. Alongside being one of the coolest uniforms in the GIGN division, the skin also comes with a unique victory pose and a bunch of thematic gun skins. 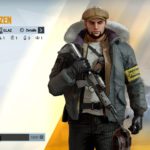 Glaz’s main skin can give the impression of a dutiful soldier. His Lethal Citizen Elite Skin, on the other hand, makes him look like a leader of a revolution. The stylish flat cap is the star of the concept alongside his kickass beard. 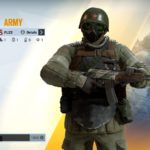 The second Shock Army was a branch of the Soviet Union forces which specialized in overcoming difficult defensive resistances to make way for mobile formations. Knowing Fuze, he’d be a great addition to the Second Shock Army, and the skin shows it. 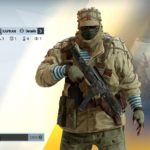 Vympel is a group of armed forces that are known for being involved in secret missions operating under the KGB. Kapkan comes in a nice looking camo which should make him quite hard to detect in low light environments. 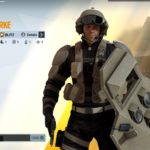 Moving on to Germany, the Panzerstärke Elite Skin turns Blitz into a walking German tank. The colors reflect a World War II vibe and give Blitz the impression of being unbreakable. 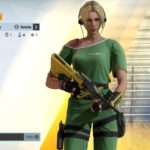 IQ’s Reunification Elite Skin takes a step back from the military approach which looks to be the common theme for most of the Elites. Reunification features IQ in an exercising outfit that looks to be from the ‘80s and ‘90s. It’s a great throwback skin and certainly, a must-have if you enjoy standing out. 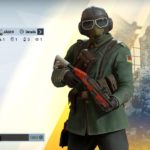 Flying Ace features Jäger in an old school Pilot’s uniform which suits the operator’s passion for flying. Though it isn’t clearly known which era the uniform is from, it belongs to the German Air Forces. 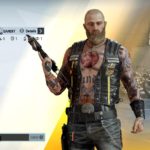 The Axle 13 Elite Skin goes against the groove and features a Bandit who’s probably tired of uniforms. Bandit removes his mask and becomes a biker as a part of Axle 13 while developing a taste for tattoos. 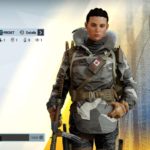 Frost spent her childhood in Vancouver where it can get too cold, too quickly. Keeping a beanie and a scarf at an arm’s reach can have its advantages but not if you’re going south. The Huntress Elite Skin features Frost in a lighter gear and gives her an intimidating look. 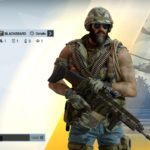 The Guerilla Elite Skin takes Blackbeard into the Vietnam war and features the operator in light clothes to avoid overheating, alongside what looks to be ammo that should be enough for days. 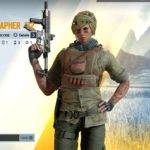 When it comes to cameras no one can outperform Valkyrie. The Photographer ‘72 skin features the operator as a wartime journalist who surely can handle herself in the field. 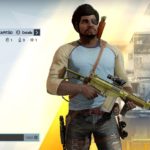 Bit by bit, more casual skins are making into the Siege which can be a welcomed breath of fresh air. The Responsa elite skins feature Capitão in everyday clothes but somehow gives him a post-apocalyptic vibe which could be all thanks to his crossbow. 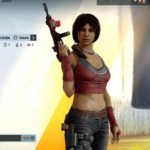 It’s hard to tell what Caveira thinks behind her face paint that her default skin features. Mata Leão Elite Skin sheds a light on that mystery and shows that she has the eyes of a killer. 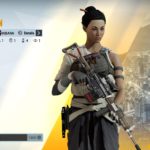 The Onkochishin Elite Skin features Hibana in a full-on traditional Japanese outfit. She looks to have made some adjustments to the outfit to make it more battle friendly and support movement, however.

Echo looks like a man of few words, which is one of the main characteristics of ninjas. With the Tenkamusou Elite Skin, Echo turns into a ninja. The ponytail finish he chooses completes the look. 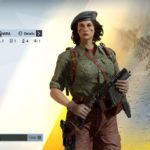 The Inspiración Elite Skin does a great job of preserving the tunes and colors of the Spanish Civil War. The removal of the helmet allows players to see Mira’s face more clearly while also making room for a stylish beret. 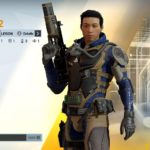 The Nano-Tox 32 Elite Skin doesn’t turn Lesion into the Terminator but it does a great job of capturing a more Sci-Fi vibe around the operator. 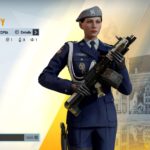 Not all operators were natural born killers, almost all of them have military backgrounds, turning them into what they’re today. The Duch Bojowy Elit Skin drives us back into the memory lane and showcases a young Zofia who’s a new recruit to the Polish army. 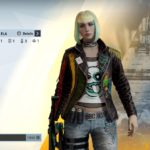 Bad career choices happen and if you were to ask Ela what she would have liked to become, she would probably tell you that she was meant to be an artist. The Huk Sztuki Elite Skin brings out Ela’s artistic background in a punk-ish vibe and is an alternative version of Ela if he had never gotten into the military.