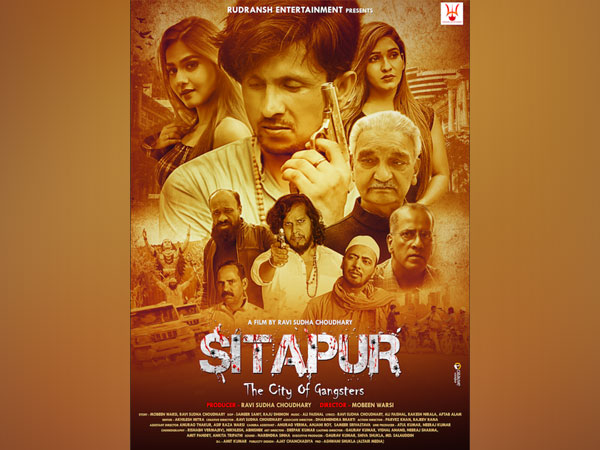 The movie is able to captivate the audience’s affection and interest since it is filled with all colours of politics, conspiracy, retribution, deception, and gang war.

The plot is well-balanced in terms of romance, drama, and action, and it will succeed in keeping the audience involved to a large level. The songs in this film were shot in beautiful places, which adds to the attraction of the viewers.

The movie is produced by Ravi Sudha Choudhary and directed by Mobeen Warsi. Along with Aparna Mallick as the lead actress of the film, Aachal Pandey and Shalu Singh are playing the role of SPs in the film. Gaurav Kumar has done justice to the role of the villain. The performances of senior actors like Anil Rastogi, Naval Shukla, Mirza Azhar, Jabbar Akram and Jitendra Dwivedi have made the graph of the film rise high and people are now waiting in anticipation for its release.

Talking about the plot of the movie, Ravi Sudha Chaudhary says, “I am playing the character of Dev Singh Rana. The film starts with a conflict within the college and the fight progresses with a renowned politician in the city, following which it engages with a Mafia. The character of Dev is one which every actor without a doubt wants to play at least once in their lifetime. Through the course of the movie, the audience will witness all the major emotions like action, romance, drama, and even some of the most alluring locations.”

Other actors of this film like Salauddin, Utkarsh Bajpai, Shiva Shukla, Arvind, Atul, Shiv Mohan, and many more have given exemplary performances. The direction of the film by the director Mobeen Warsi is highly commendable to have perfectly curated the cast and the scenes suiting the plot aptly. The film looks balanced and is all set to garner a lot of love from the audience.

The story, screenplay and dialogues of the film are given by Ravi Sudha Choudhary and Mobeen Warsi. The music is by Ali Faishal, Narendra Sinha and Raushan Pandey. Ali Faishal, Ravi Sudha Choudhary, Rakesha Nirala and Aftab Alam have given the lyrics. Sameer Samy, Raju Dhimon and Anurag Thakur are the cinematographers and Akhilesh Mitra is the editor. Background score is by Narendra Sinha, Action by Parvez Khan and Rajeev Rana and Choreography by Nirmal,Rishabh Verma, Nikhilesh Srivastava and Abhishek. The film was shot in various districts of Lucknow, Sitapur, Kanpur, Mirzapur, and Auraiya and displays the authenticity of the areas in a very credible manner.

This story is provided by ThePRTree. ANI will not be responsible in any way for the content of this article. (ANI/ThePRTree)

This story is auto-generated from a syndicated feed. ThePrint holds no responsibility for its content.

TMC ahead of Delhi meet

Netflix Series Is an Epic Adventure

TMC ahead of Delhi meet

Netflix Series Is an Epic Adventure

Nintendo’s dug itself a massive hole with Switch, but the Steam Deck can fill it