More than 2,600 health care workers in the Detroit area either have been out sick with symptoms similar to those of COVID-19 or have tested positive for the coronavirus. Above, a police car leaves Henry Ford Hospital in Detroit on April 7. 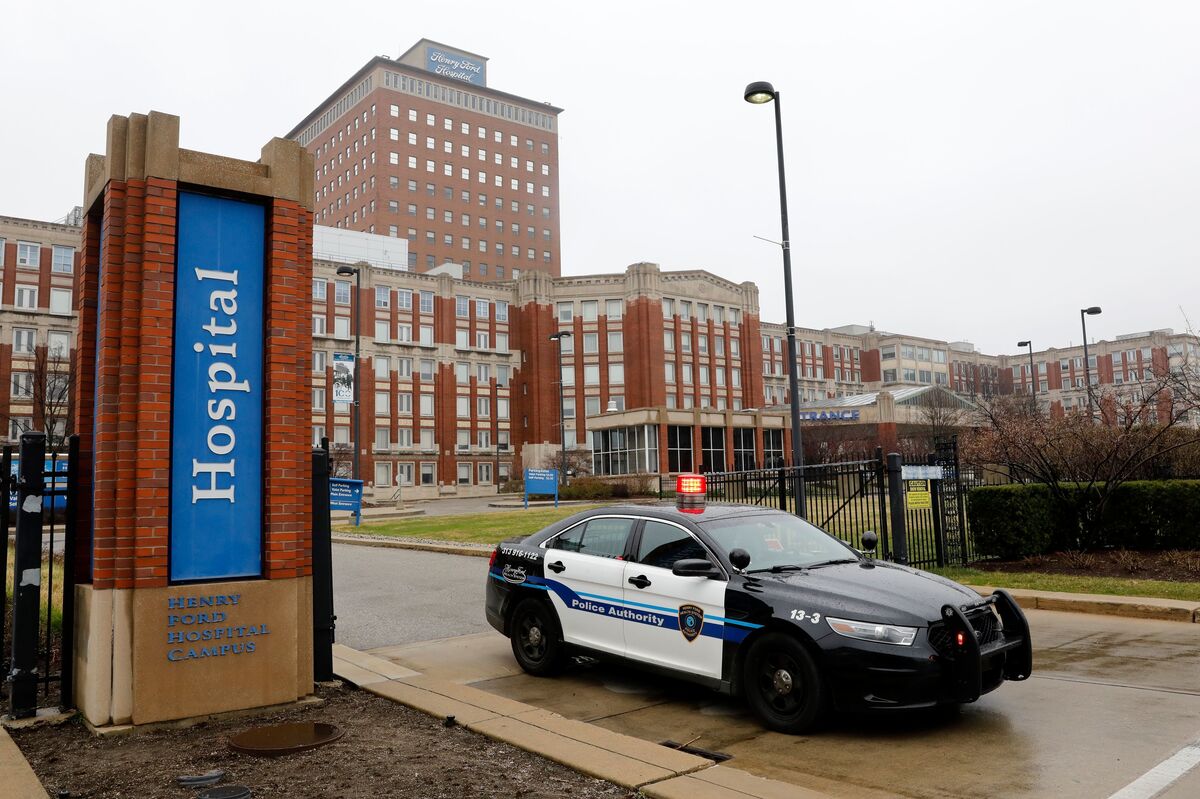 More than 2,600 health care workers in the Detroit area either have been out sick with symptoms similar to those of COVID-19 or have tested positive for the coronavirus. Above, a police car leaves Henry Ford Hospital in Detroit on April 7.

Cyndi Engelhardt woke up at 5 a.m. one day last month, and laying there in bed she just knew it. She was sick.

She’d had some chest congestion the night before. Now her muscles ached. So in those dark early hours, she got up to take her temperature: 102 degrees.

“And I went back to my bed, and I just put my head in my hands and I was just crying. And I was thinking, ‘How am I supposed to help everybody when I’m stuck at home?’ ” said Engelhardt, an assistant clinical manager at an intensive care unit in Detroit’s Henry Ford Hospital. “It just makes you feel like you’re helpless.”

Part of Engelhardt’s job is caring for other nurses — including putting together the massive monthly shift schedule. And just then, they needed her more than ever. Over the last few days, their unit had been filling up with COVID-19 patients. Engelhardt had been scrambling to help reorganize and get the staff as much personal protective equipment as the hospital could find.

Now, alone in her home, she reached out to her manager.

Two days later, a test confirmed it: She was positive.

Dr. Lamont Jones is vice chair of the Department of Otolaryngology — Head and Neck Surgery at Henry Ford Hospital. And he started having symptoms shortly after his wife, Dr. Teniesha Wright-Jones, got sick. They drove together to get tested, and her results came back first: positive.

So they brought their daughters, ages 10 and 14, into the room and broke the news.

“We had a real discussion about that their mom had tested positive, that I had gotten tested. And it’s likely that I would be positive, and what it meant for them. They likely were or eventually would be positive,” he said. “So it was a pretty real conversation. And one of my daughters did start crying afterwards because she had been reading everything in the news about people coming down with COVID-19 and that people were dying from it.”

When Jones’ test came back positive as well, he joined a growing club: health care workers in the metro Detroit area who have contracted COVID-19.

Nobody knows how many, exactly, because some health systems aren’t sharing or collecting that data.

But more than 2,600 health care workers in the area either have been out sick with symptoms similar to those of COVID-19 or have tested positive for the coronavirus.

From an office job to the COVID-19 unit

In the meantime, hundreds of people like Heather Haener-Svoboda have been redeployed.

“It’s a hospital I’ve never been at, on a unit I’ve never been on, on a shift that I’d never work,” she said. Haener-Svoboda spent the last few years at an office job as a quality and safety administrator at Beaumont Health. Prior to that, she’d been an operating room nurse.

When her employer started surveying the staff about possible redeployments — asking which hospital they’d prefer work at, what shifts they could do and what kind of care they felt most comfortable doing — she was upfront: She hadn’t done that kind of patient care in 20 years.

“But we all felt like, ‘We’re nurses. We’re reading to step up to the plate. The people of metro Detroit need us,’ ” Haener-Svoboda said. “So I think everybody is out of their comfort zone. But everybody is realizing they’re pretty brave.”

Now she’s working overnight shifts in the unit where COVID-19 patients are sent after they’ve left the ICU.

“And they’re so helpless and they’re so scared,” she said. “And you really just feel for them. And we’re doing the best we can to take care of them and keep them comforted and encourage them, and holding their hand. And you just really feel like you’re doing something important.”

Guilt, hope and wanting to help

It’s especially important in a city and a state that are among those hit hard by the virus.

At least seven health care workers in Michigan have died, including Lisa Ewald. She was a nurse at Henry Ford Hospital, where Engelhardt works.

“You see that and you just think, ‘Why was I OK?’ ” Engelhardt said. “I had some survivor’s guilt with that.”

Like the majority of health care workers who have contracted COVID-19, Engelhardt has recovered. And after 14 long, frustrating days stuck at home, she returned to work.

“There’s a little bit of feeling guilty that I wasn’t here, because there are all these people that are fighting for their lives,” she said. “And I was home with, like, this mild cold in my eyes. And I don’t deserve to be recognized like they do. They’re working hard, and I wasn’t working hard. I was on this COVID vacation,” she added.

Jones and his wife have also returned to work, even though Wright-Jones is still experiencing some shortness of breath.

Since so many of his surgeries have been postponed, Jones has volunteered to clean and disinfect hospital rooms and work in the emergency room.

He says in some ways, having COVID-19 has actually been an asset. Because he presumes he’s likely immune, he’s taking over some of the higher-risk procedures for his colleagues.

“And so to some degree, it made us feel like we could be more helpful,” he said.

Engelhardt also said one good thing has come out of her illness — it has given her co-workers a visible reminder that there is hope.

“They saw a lot of hurt,” she said. “You know, these patients being alone [when they died].” So when her colleagues see her back at work — healthy, energetic and ready to help again — it gives them some relief, she said. She’s their proof that contracting the virus “doesn’t [have to] mean death.”